Here is a guest blog post written by David Garcia. David is a Middle School English Language Learner Teacher in Wisconsin, Innovation Coach, Co teach with Math and Language Arts teachers in 7th/8th Grades.  I’ve learned a lot from David about perseverance, authenticity, and doing what’s best for the kids. He is a great contributor to my professional learning network. 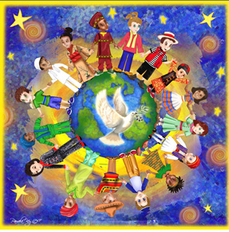 A few years back as an ESL educator, a colleague and I set out to support our ESL students by giving them a little incentive to improve their Wisconsin reading and math state scores. Our goal was to have them move up at least a level from a level they were previously at. If they were at a minimal level in reading or math we would qualify them if they moved in to a basic level. If they were at a basic level and moved to a proficient level they would also qualify. Since state testing results would not be known until May the students would have to wait. State testing was scheduled during the days right before Thanksgiving so it would be a long time before they knew the results.

Our incentive for our ESL students who gained a level in reading and math was to provide an opportunity to participate in a piñata and taco truck party. A piñata is typically a colorful papier-mâché animal or other shape with a hollow cavity filled with candy or small toys and treats.The piñata is originally from China, but is now a large part of Mexican tradition and culture. It is also very popular in the United States on Cinco de Mayo and at children’s birthday parties. The piñata is suspended from the air and broken open by blindfolded children as part of the celebration.  And, the students were to enjoy at least two steak tacos provided by a local taco truck vendor that planned to park at our school during these celebrations. Boy were they looking forward to this as was I.

Once May arrived we went over the results and charted who qualified to participate. We then gave each student a golden ticket to verify they had indeed moved up a level. We set the dates for 6th, 7th, and 8th grade ESL students.  Once we knew who qualified we called them all into the cafeteria so we could verify who could participate. The taco truck vendor made a big aluminum containers full of yummy steak tacos. The students really enjoyed them. After eating they  they went out to participate in the piñata celebration. The students also got bags of Mexican sweet candy in addition to the food. The students had fun eating their tacos, hitting the piñata, and chasing candy on the ground as it fell fell from the little torn paper burro. For those minutes they found themselves in world that was familiar to them, a world in which they could relate to and be comfortable with.

While our main goal was for our ESL students to improve their reading and math scores our true intention was to promote a personal connection with our ESL students’ world outside of school by tapping into their cultural currency embedded within their communities. The piñata celebration and the tacos represented money that could be retrieved from their cultural bank to be used to personalize our relationships with them. We let our students know that we were aware of their community.  These ethnic communities they belong to serve as blueprints in their lives obtained from the historical methods of thinking and interactions they hold with their families, from the way they read, communicate, and work.  These are not physical things rather ideas, beliefs, behaviors, and customs cut and shaped by their life experiences at home.

But at times, we, in an apprehensive manner, we fold in our carefully structured puzzle grooves to neglect a fit with unfamiliar communities that create a mismatch with our cultural universe, like a puzzle piece that refuses to align into another. These invisible communities could include people, teachers, curriculums, schools, and institutions that have been established through a different set of experiences that might not include exposure to a diverse world.  These incongruent communities see us through foggy lenses observing our cultural artifacts as merely static traits on the surface rather than a collection of authentic funds of knowledge.

Enter the world of our diverse student populations that mostly include English Language Learners. ELL students bring a multilayered cultural and ethnic community into our classrooms. Their hidden historical spaces across time would reveal a plethora of accumulated cultural knowledge encapsulated in a well defined community that thrives with life. More specifically, these vibrant communities are called funds of knowledge. According to Carlos Velez-Ibanez and James Greenburg, these communities mean the various social and linguistic practices and the historically accumulated bodies of knowledge that are essential to students’ homes and communities. In these communities, embedded with wide ranging, plentiful and diverse knowledge, exists a rich repertoire of awareness that represents the household as an educational community, a community that is culturally formed through social, physical, spiritual, and economic resources to pave the way for it’s own survival. It’s like an ancient scroll written like an operation manual for the exchange of knowledge within a community in families.

However, from the context of a school setting these funds of knowledge often go unrealized by schools and educators who might perceive these funds as a cultural mismatch with their own internal communities. Often, the communities that exist in schools are accumulations of knowledge from the people that work in those buildings. This could include educators, principals, and others that have never worked with or been exposed to diverse student populations.  For these group of students, the world that gets presented in school in the form of interactions, rules, lessons, and policies can seem alien to them, like visiting another planet full of imaginary borders that prevent them from feeling like they belong.  Because many educators, administrators, and other education personnel hold their own views based on the communities they grew up in they could view the many differences culturally diverse students bring into school as deficient traits that need to be left behind to conform to the mainstream community. This is isn’t always the case though. I have known teachers that have embraced the diversity in students in a passionate and loving way even though they had not been exposed to diverse communities but somehow something tells me that at some point in their lives they sought to change that by exposing themselves to those communities. 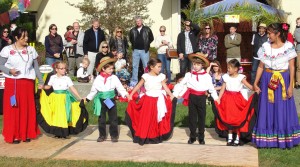 It is essential for educators and schools not to devalue the importance the funds of knowledge students bring to school. That is their world, a world that has been meticulously constructed through language, interactions, events, and activities across familial generations. The ideas listed above should not be employed as a drive by patch to comply with a meaningless obligation to satisfy a multicultural workshop or course but from a transformational approach that states that it’s the right thing to do. The world of differences in our classrooms should provide us with a lens that sees the world as a kaleidoscope of human interconnectedness fuelled by differences that strengthen us not weakens us. Bill Nye the science guy said, “Everyone you will ever meet will know something you don’t”. We cannot be fearful of the unknown and let ignorance breed irritations.

From an instructional perspective, these funds of knowledge could provide an abundant amount of content from which to create and deliver thematic units from instead of using content that is culturally irrelevant. These pockets of knowledge within our diverse student communities needs to be uncovered like ancient treasures and blended in with learning and teaching.  With the emergence of an increasingly diverse student population we can no longer treat their culture, religion, language, and ethnicity as items that must be removed from them but as designs to reconfigure our classrooms to give them an equal footing in an age where an achievement gap exists. This academic gap bears fault for denying viable and authentic cultural capital from their home and community to be employed as content for learning.

One thought on “A guest post by David Garcia: “I am Community””